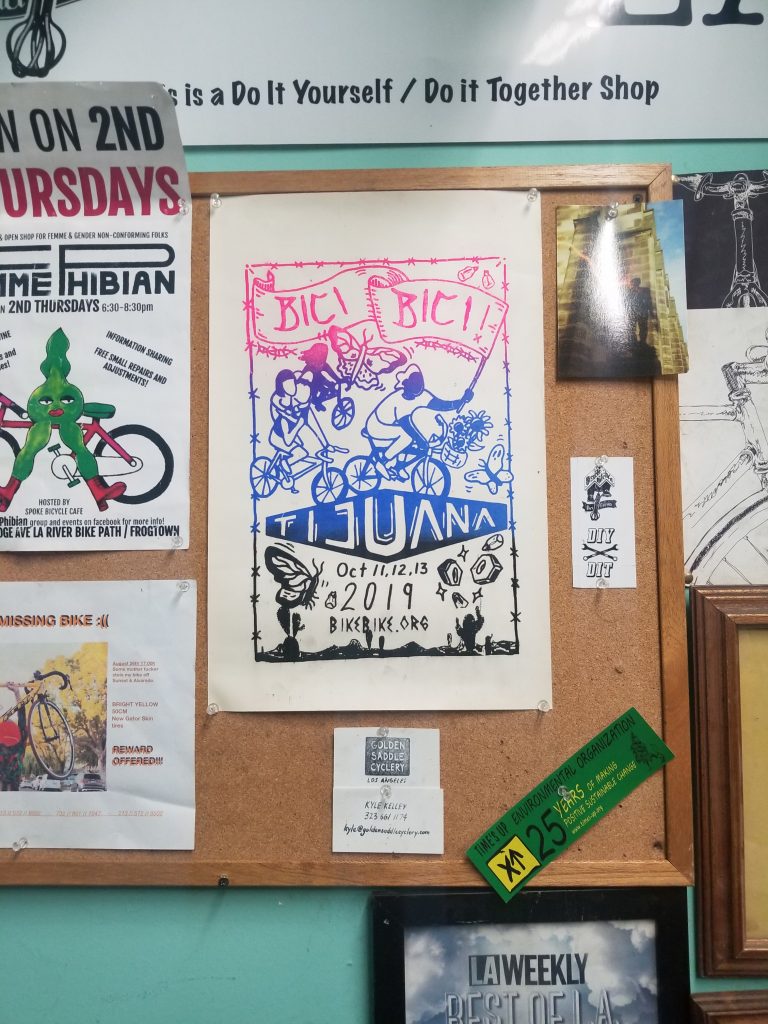 If there’s a place between Burning Man, an academic conference and activist protest you’d call that place Bike!Bike! What is the goal of your local bike Co-op? The answer might be more radical than you think, and also more elegant. That is: more of a maker’s space than a bike shop and more of a down-to-earth community space than an activists headquarters or anarchists workshop. What I am getting at is there’s this “thing” that pulls us again and again to our local bike Co-op, and I am attempting to point it out. For no more reason than because I think it’s important, not to mention revolutionary. Bike!Bike! as an international conference for the bike collectives of the western hemisphere, is actually a good place to start.

At its most fundamental, Bike!Bike! is a three day conference. Replete with a set of workshops every day during the event. Topics range from sharing mechanical skills (like wheel building) to the more “political” or “cultural” (like regarding Tokenism among nonprofits, or providing a safe space for T.F.W. [Trans, Femme, Woman] folk.) This facet of the event is great by itself, and it can lay bare the essential features of bike collectives. They’re: resources to the community; learning centers; spaces for mutual aid; centers for empowerment and autonomy etc. What’s more, they’re grounded in practical realities and necessities of our lived realities. And because each collective is independent of each other, the “lived realities” and “specific necessities” in question are directly raised from where they are. So it’s like when you go to your local bike co-op and someone shows teaches you a trick on how to patch a tube, or if some kind soul shares what they know about the confusing tyre size designations. Someone is sharing what they know about how to do whatever, to you, so you can do-it-yourself. This is the essence of, what we at the Bicycle Kitchen L.A. call, “D.I.T.” (Do it Together!). In the context of Bike!Bike!, one sees this essential feature of D.I.T. bike collectives go up a tier. So replace patching a tube with tips on how to maintain a healthy pool of volunteers or tyre designations lectures with quasi-philosophical discussions on how the consensus process (that many collectives employ) has played out for each of them. By comparing the features of these two spaces/events, I think it’s becoming clear how an ethos of mutual aid to one another, empowerment and down-to-earth activism are at the heart of what bike collectives are about.

#Repost @whatnotery this is what it’s all about! ・・・ @bikebikeorg 2018 has been Incredible. I've met so many kind and passionate people doing great things for their communities. I feel lucky to have met so many of these amazing people and gotten to share this amazing experience with them

But anyone who has stepped into a bike collective will recognize that these characteristics described above isn’t what is immediately apparent. There’s an element of the clubhouse vibe that fills the fragrant grease-infused air. The process of fixing bikes, learning how to make your bike roll again, “Wrenching” as we call it, as frustrating as it can be, is fun. As much as we depend on our bikes to get around the urban world, from home to work and everywhere in between, most of us really love to ride. Which is the big thing which differentiates the bike-life-living, commuting cyclist with your average motorist. Ours is a joy, while theirs is a chore. And we like to ride together. Group rides, party rides etc. Bike!Bike! likewise, is a genuine joy. Between or in lieu of workshops, attendees are hanging out, sharing meals, riding around a city they’ve never been before, meeting kindred souls of the international bike community and, traditionally, at the end of each day, sharing a most truly unique and ecstatic party ride. So again by comparison we can see a second essential feature of bike collectives: celebration and fun through bikes. Which in my estimation is no less important than the former. It brings us together in a way that no function of the former feature can give and simultaneously it moves energy back into it, and back again in a beautiful symbiosis. Wrenching wouldn’t be the same without the community whom you work, problem solve and party with; And group riding wouldn’t be the same without the communal capacity to keep each bike rolling (a quick reminder that the best party rides waits for every ride). And what’s more communal than that?

This is the first part of a short series that I want to write about Bike! Bike! and its most recent conference this past October in Tijuana. I cannot help but see these things as connected and sharing in essential features. In describing Bike!Bike! 2019 I’d like to explore the relationship between Bike!Bike! and its relationship to bike collectives in general. And taking the time to examine everything in between. Thanks for reading if you have. Part II to come shortly. 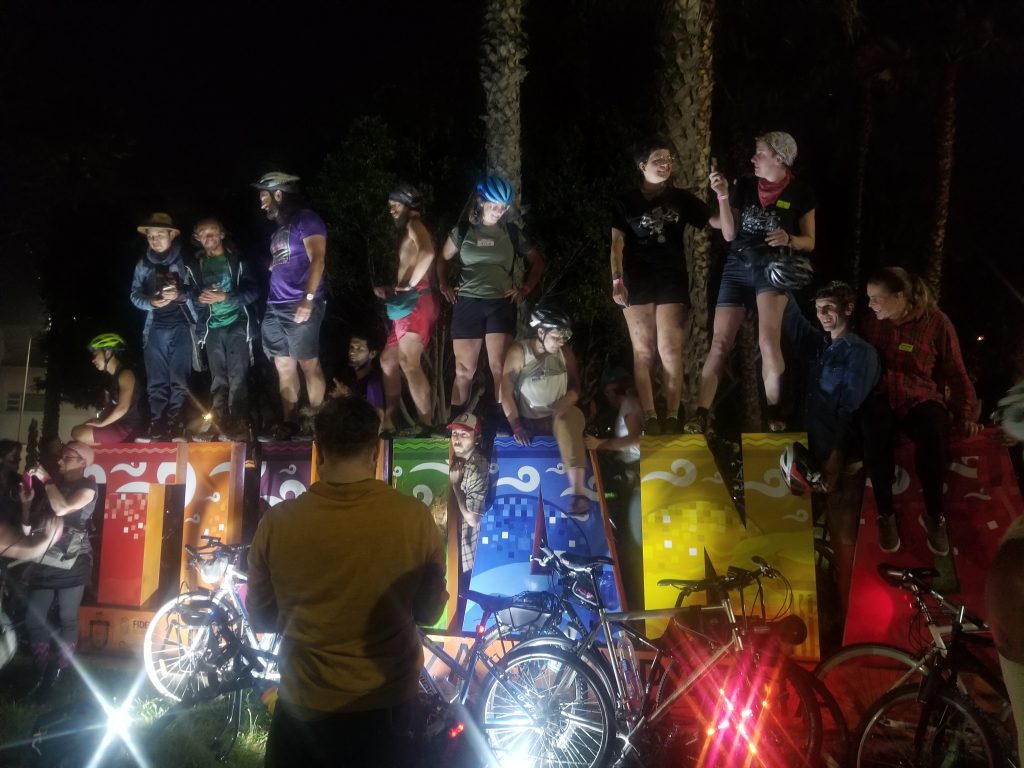